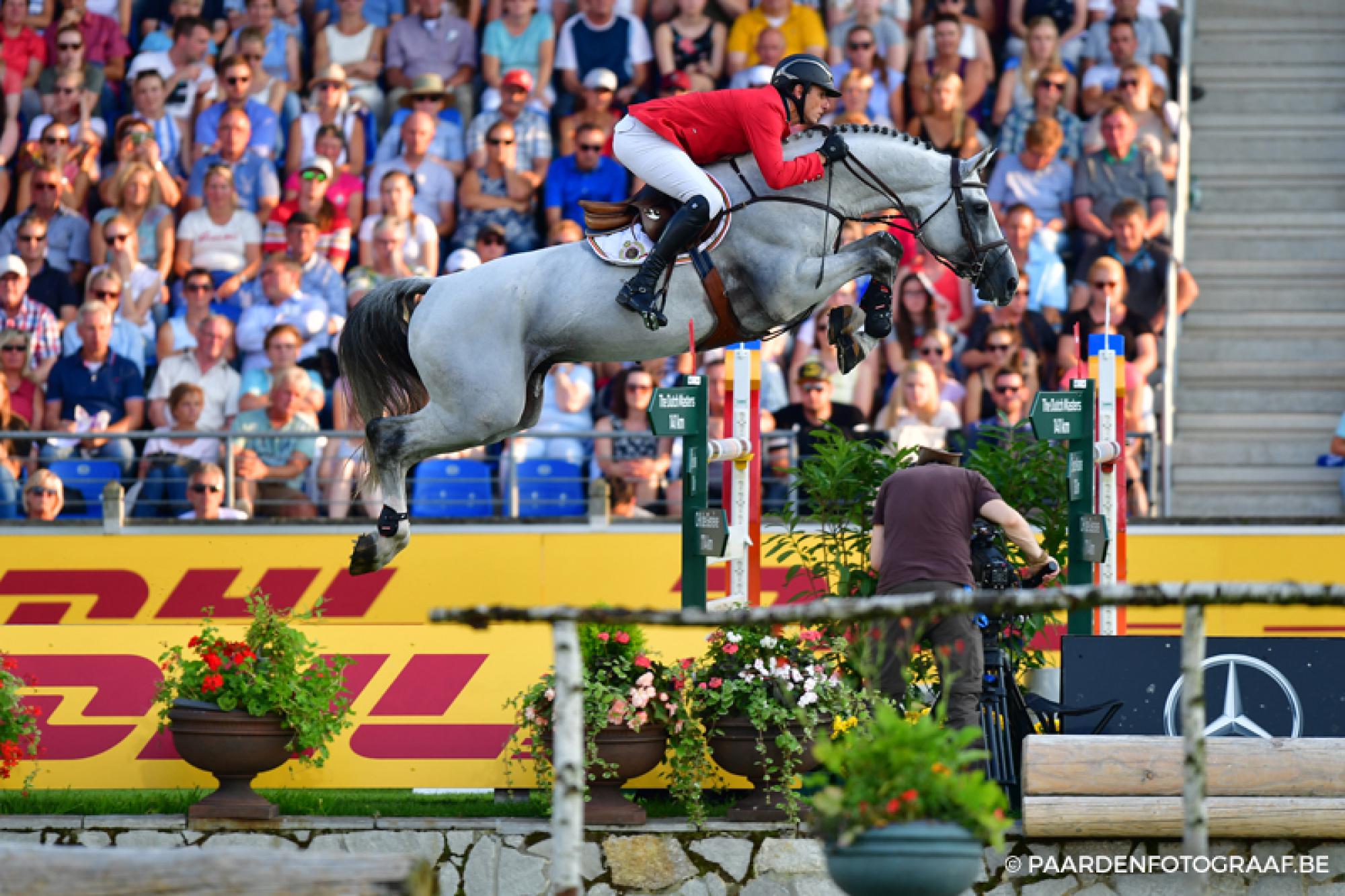 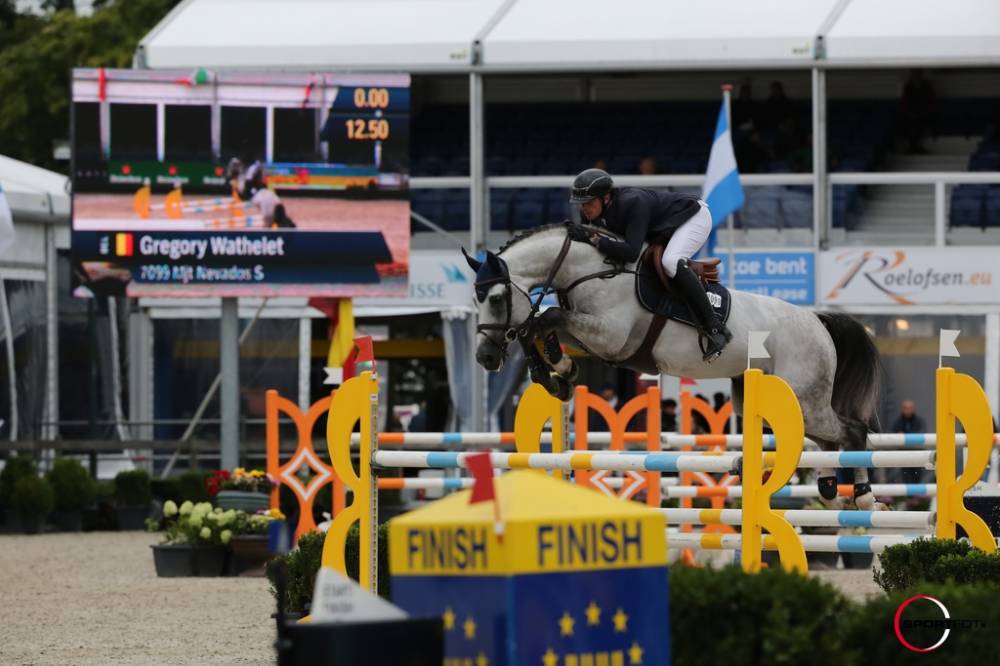 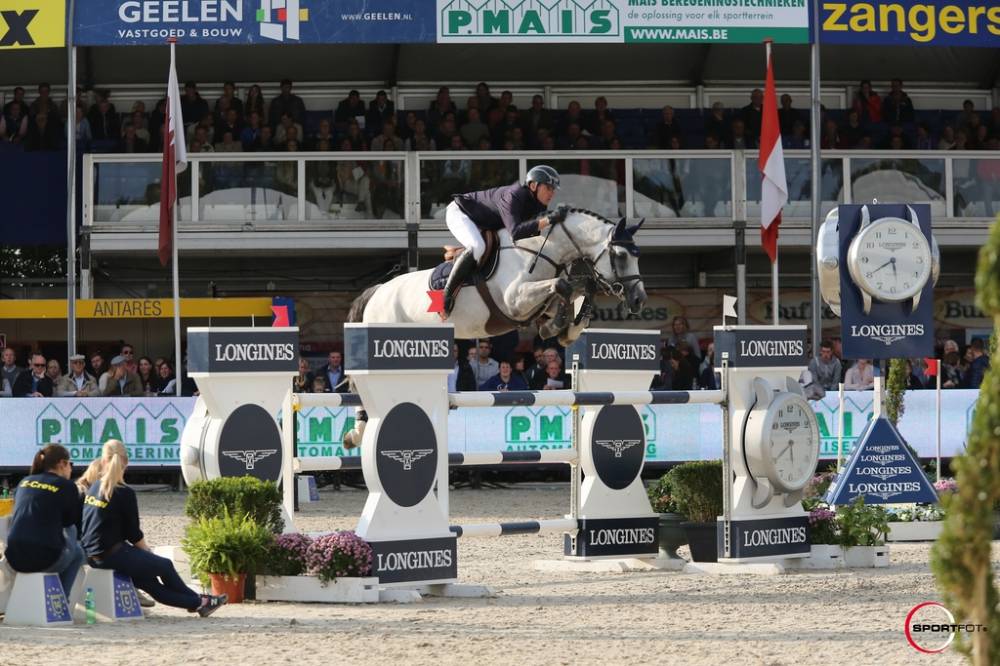 “Nevados has a good balance, easy to ride and has the last quality!”

JT Nevados S is the son of stallion Calvados Z, that was granted a licence after the fantastic performance during the World Championships for Young Horses in Lanaken (Belgium) in 2006. Ridden by Rolf Brill, it became the world champion of 5- year old horses. In 2007, ridden by Stefan Corten, it was 9th, and as a 7-year old, it won the 4th place – just 0,4 seconds separated him from the winner. In subsequent seasons, under Judy-Ann Melchior and Christian Ahlmann, it competed successfully in the international competitions. Unfortunately, at the age of 10, it died during the World Cup in Oslo.Mother Nestia S was bred in SK Liszkowo, and represents 930 Holsten family from which, among others, come breeders Casparino and Reichsgraf (father of the mother of stallions Contendro and Caretano) and sport horses such as: Dega, Vermont Star, Crazy Boy or Caught in Action. Father of Nestia S is a Dutch Romualdo – a horse with very rich sports carrier which began in Poland by winning medals at the National Championships for Young Horses. It also started in the World Championships for Young Horses in Lanaken (Belgium) and won silver in Halowy Puchar Polski. Since the season 2008, Romualdo has been continuing its carrier under German riders. Till 2010, it was ridden by Holger Hetzel, scoring successful starts, among others, at German Championships in Balve, and at international competitions held in such places as: Dortmund/ GER, Munich/GER, Vienna/ AUT, Salzburg/ AUT, Graz/ AUT, Humlikon/ SUI, Wellington/ USA, Modena/ ITA, Gera/ GER, Marignone/ ITA. Since the season 2011, a permanent rider of Romualdo has been Mario Stevens whom this stallion stole a heart. They have already won the international competitions in Neustadt/Dosse / GER, Braunschweig/ GER, Munich/ GER and recently at three-star competitions in Kiel/ GER. Grandmother of Nevados, Bavarian Nicol, is a mare who completed the courage test with an outstanding result. It is a daughter of Dutch stallion Nimrod B, widely used and proved positive for breeding in the southern Germany, which in turn is the son of legendary Nimmerdor.

Nevados S has twice won title of Polish Champion of Young Horses in show jumping. In 2012, performed with an impressive galloping, in complete balance, sure, technically perfect jumping gave him ratings (9.2 and 8.8) unlisted in the history of this event. Again, in 2013, Nevados won the championship also achieving excellent results (first place in the semi-finals and finals, the final score in the final 8.8), which confirmed his class and form. Nevados S is a young, highly touted stud and sport horse, presenting a modern type of horse jumping endowed with great whirl and excellent jump technique. He has also competed successfully in many national competitions in Poland in the discipline of show jumping competitions for young horses. year 2014 In 2014, Nevados obtained a breeding license in the Anglo-European Studbook. Thanks to the outstanding achievements received the highest license level (approved), granted to stallions that competed or compete in international events. Stallion with such license has no limit to the number of mares. The first important test for Nevados this season in his preparation for this year’s World Championships for Young Horses in Lanaken was the CSI** competition in Asten (The Netherlands, June 12-15, 2014). He had a perfect run during the first two days of the competition for 6yo horses (obstacles height 1.30 m) and completed Sunday finals with 1 penalty point for exceeding allowed time. Nevados’ exceptional jumping technique, accuracy and strength aroused great interest among the audience (including local breeders). Next, Nevados appeared in Opglabbeek, Belgium (July 17-20, 2014). The impressive horse riding centre, Sentower Park, organised a competition at the highest national level, the so-called Golden League. Nevados had an excellent run in the open competition (1.30 m) and claimed a scoring place among 150 horses. The next serious test for Nevados was the CSI** competition in Vlamertinge (Belgium, July 24, 2014). He came 4th in the qualifications for the competition for 6yo horses and 7th in Sunday finals. Once again he aroused great interest. 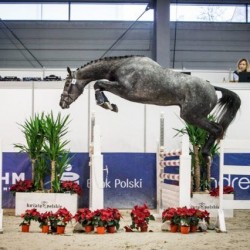